Treasure awaits in the Grotto! Avast young swashbucklers, and old buccaneers! It's been a while since we've hosted a GM event here at Pirates Online Retribution, and so to break that recent period of idleness, the crew here at POR will be venturing to Barbossa's lair on Devil's Anvil next Friday, August 18th, at roughly 7pm Eastern Standard Time to gift out heaps of rare treasures, and legendary items to all who choose to attend! Be it also known that to show our appreciation for all who have helped us get this far, that any pirate who holds the title of Pirate King, or Pirate God shall receive additional rare items depending on his or her status. We encourage everyone who should choose to come to record the event, and to upload said recording to Youtube or elsewhere to help raise awareness about our swashbuckling MMO! Fair winds for now me hearties!

Be sure to join us on our Forums over at https://piratesforums.com as well to connect with yer fellow Pirates and Swashbucklers here at POR!

See you all there!
Huzzah!! Will definitely be streaming it!
This gonna be fun :D
A swell time it be to celebrate! Hope to be there meself!
I'll be watching Rainbow's stream while at Barbossa's Grotto ;P
Can't wait to see you all at the undead man's grotto!! :)
Great stuff!
Can't wait to see all who attends, looking forward to seeing everyone in the Caribbean! :D
Awesome!!!!!
Time to kill Jack eh?? -Looks at Sparrow- Not you, the monkey.
Man I grew up on this game
'
' 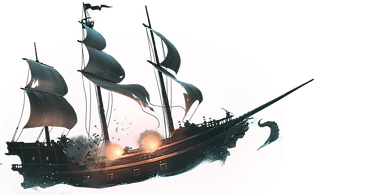